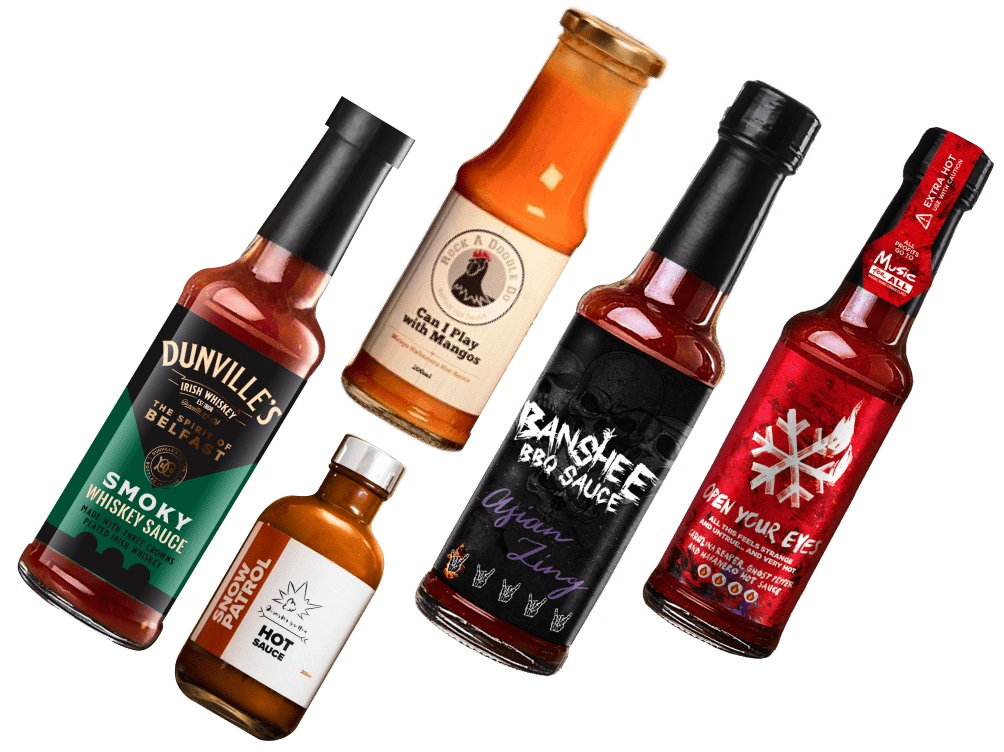 Rock A Doodle Do - Belfast Hot Sauce has teamed up with Northern Irish rock band, Snow Patrol to create a range of extras for their nominated charity, Music 4 All.

Music for All helps kids of all abilities by affording them instruments and lessons for their instruments of choice and has patrons from across the music world and entertainment world, including Rick Astley, Rick Wakeman, and Pink Floyd's Nick Mason.

Currently, the sauces are available via Snow Patrol's merchandising stands, and at selected outlets across Ireland and are a unique take on three of our best selling sauces, and include three of the hottest chillies in the world, including the Bhut Jolokia (Ghost Chilli), the Trinidad Scorpion, and the current world record holder, the hottest chilli in the world, the Carolina Reaper.

All three sauces will be available for you to try at Snow Patrol's homecoming gig at Ward Park, Bangor on the 18th of May, and available to buy via La Taqueira's Mexican food stand which is  a joint collaboration between bandmates Gary Lightbody, Nathan Connelly and a number of prominent restauranteurs from across Belfast.

It also seems that we may already have a fan in the form of Ed Sheeran!